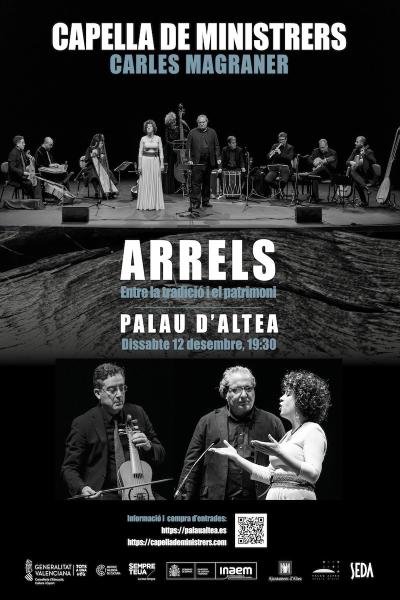 Arrels (Roots) brings us closer to a new interpretative proposal of traditional Valencian music from the perspective of historical music. It seeks the revaluation of the music of oral tradition through the links between this and the most archaic forms of composition (evident in threshing songs, lullabies, instrumental touches of irregular rhythms or the music of the auroros ). Also in those works that show ancient origins, it can be original from the seventeenth and eighteenth centuries, such as the peteneras, the fandangos or the boleros, and which formally use common elements and harmonic structures similar to the passacaglia or the ostinato.