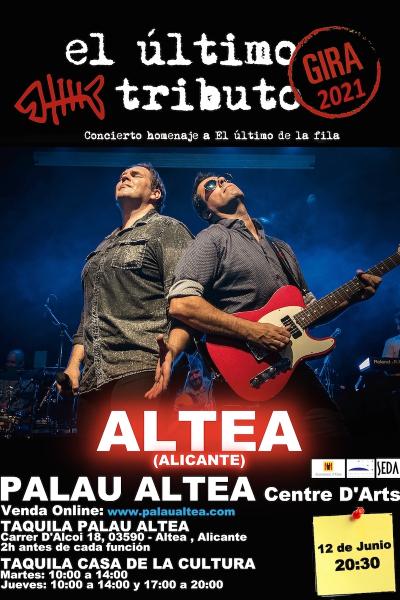 The formation led by Manolo García together with Quimi Portet, is one of the reference groups in our country, configuring the soundtrack of the youth of many of us, and its successes are still valid today on all national radio stations. For these reasons, it was decided to gather in Barcelona a series of young professional musicians, to pay the tribute that both Manolo García and his many fans and unconditional deserve.

EL ÚLTIMO TRIBUTO was the name they chose for the formation, and since 2007, when they began their successful career, they have not stopped reaping national successes, being nominated in 2012 for the ARC music awards as the band for the best cover tour. EL ÚLTIMO TRIBUTO is listed as one of the best tribute bands in the country. Everyone who enjoyed the music and lyrics of EL ÚLTIMO DE LA FILA in the eighties and nineties, and continues to do so today, has a must-see with EL ÚLTIMO TRIBUTO. His repertoire transports us through time and gives us the opportunity to once again enjoy the most emblematic songs of the mythical Spanish pop-rock band. The success lies in its powerful live performance, with a sound that is very faithful to the original in all its nuances. The voice moves the followers of MANOLO GARCÍA because of its great resemblance. Nobody stays the same after the experience of a concert of EL ÚLTIMO TRIBUTO. Don't miss out on any “manolero”, don't let anyone miss it, because none of the hits from EL ÚLTIMO DE LA FILA will be missing either. 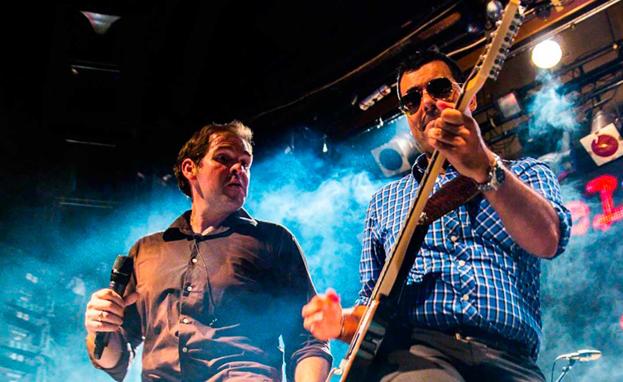