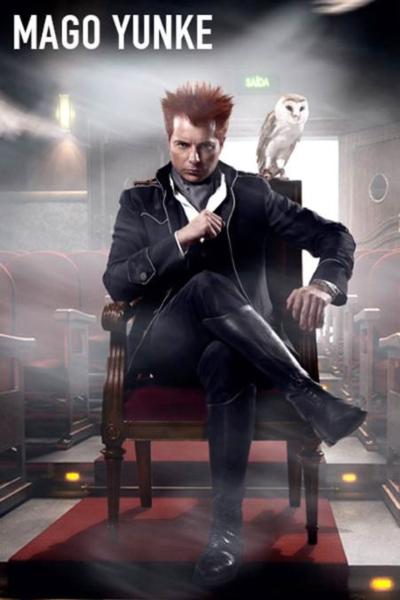 A unique show in which spectacular original numbers will be seen on stage, all of them great illusions designed and produced by Yunke, which makes him the only magician who adds to the interpretation, ingenuity in the design and creation of each of Your own illusions.

Yunke is one of the great illusionists of our time. His magic is full of mystery, beauty and risk. His illusions are overwhelming and hypnotic. Yunke is also an innovator of magic, inventor of illusions and creator of magical mechanisms. He has taken his magic to the five continents and participates in television programs worldwide. His greatness on stage goes well beyond the awards received throughout his career. His illusions are unique. His magic, different. His work philosophy and his way of understanding totally unique magic.